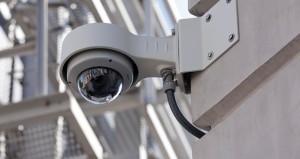 You must be thing what the heck is this, after all both the technologies serve the purpose. If this is what you are thinking, then the answer is – “Not Exactly.” That’s because there is a huge difference in the underlying technology and your decision on what would be better – an Analog Cameras or IP Cameras for your business, since it will hugely depend on your specific business needs. Since there is Pro’s and Con’s associated with both the technologies, the merit must be weighed carefully taking all the factors into account. Alpha Computer Group has been helping its clients to choose the right set of security camera for their establishments. Alpha Computer Group, Long Island deals in Digital CCTV Cameras, Security Cameras System, IP cameras, Wireless Security Camera, FTP cameras, Night vision cameras.

An analog camera sends a video feed back to a DVR, VCR or TV. The live feed is simply passed back to the DVR via a coaxial or twisted pair cable and is then recorded onto a DVR or VCR. An analogue security system begins with a CCD image sensor which converts the images into a digital form for processing. In this technology, before the video is transmitted, it needs to be converted back to analogue form so analogue devices such as video recorder-monitor, can receive the videos.

In the case of IP camera, the video is sent to the server called an NVR (Network Video Recorder). Analog camera on the other hand has only the capability to send video feed back to DVR, IP camera is a miniature camera in itself that is programmed to perform certain functions at the camera level. IP cameras have more zoom capabilities, which mean they have the capability to zoom into an object or event while the IP camera is still recording the entire original view simultaneously.

IP cameras offer hosts of benefits over an analog camera. One of the benefits that drive interest in IP video system is the high resolution. An analog camera max out on resolution at about 580 TVL which is roughly 0.4 mega pixel while IP cameras on the other hand can provide resolution as much as 5 mega pixels. That’s the reason why IP cameras are able to offer such an incredible zoom capabilities.

The other major benefit if IP cameras are their compatibility with wireless. There are analogue cameras available with wireless capabilities but, but anyways they have to convert video feed to IP in order to be able to broadcast over 802.11 IP network. This capability for analog cameras comes at additional cost for encoders. The other way is to make use of regulated frequencies which is already often over saturated.