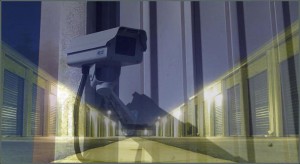 With the advent of digital CCTV cameras, it has become possible to capture images and videos directly as digital signals. In Digital CCTV Cameras, the signals are compressed and encoded into standard video formats such as MPEG. It’s a robust system that allows capturing videos into the hard drive or the storage server.

Alpha Computer Group is helping scores of clients to reap benefits of IP cameras. IP cameras are also called Internet Protocol camers since they are able to send and receive data via a computer network. IP cameras have become popular among growing number of homeowners and business owners in the last few years because of the steep drop in their prices.

Alpha Computer Group has helped business to setup wireless security cameras. Wireless Security Cameras offer an opportunity to be mounted at places that are not so easier to reach and are difficulty to connect using wires. These cameras seamlessly transmit video and audio signals to the receiving device without the need for receiving device. Wireless Security Cameras are available in both the analog and digital types. However IP wireless security camers are much better since they can be accessed over the internet.
FTP cameras